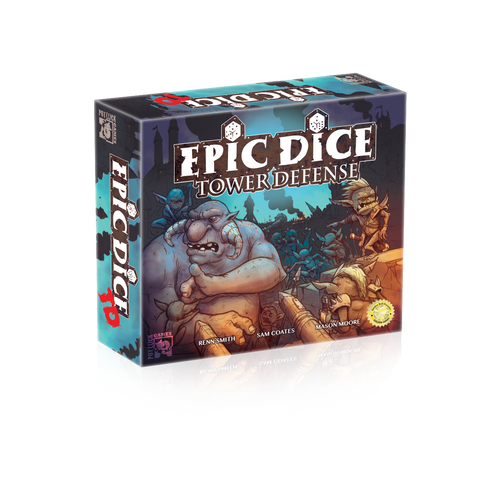 An all-dice game where players build towers and hire waves of monsters to send against their opponents.

Towers and monsters are both represented by dice. In the first phase of each round, players spend resources to construct towers, cast spells and hire a variety of monsters. In the second phase, players send hired monsters against their opponents. A wave of monster dice is rolled, and the values on the dice are compared to the strength of the tower being attacked. Each monster has a chance to activate special abilities to assist in the attack.

Each monster who passes all opposing towers has a chance to score victory points.