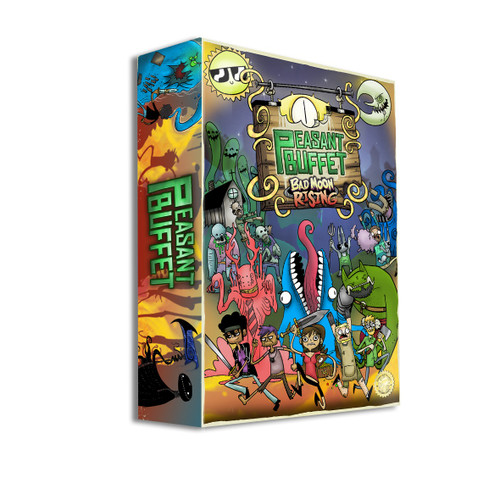 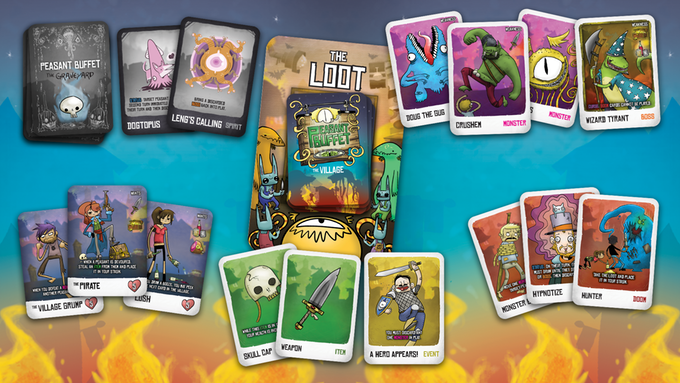 Monsters have invaded the Village and the Peasants must fight, steal, and backstab their way to victory in this zany, stand-alone card game for up to 7 players!

Welcome to the village, where there are no survivors, just LEFTOVERS! The monsters are back and meaner than ever in this massive sequel to the Kickstarter success story, Peasant Buffet! All of your favorite victims have returned to double-cross their way through the village while battling new monsters, curses, bosses, and even ghosts! This wild and hilarious card game is sure to keep your friends and family laughing and screaming through the night! 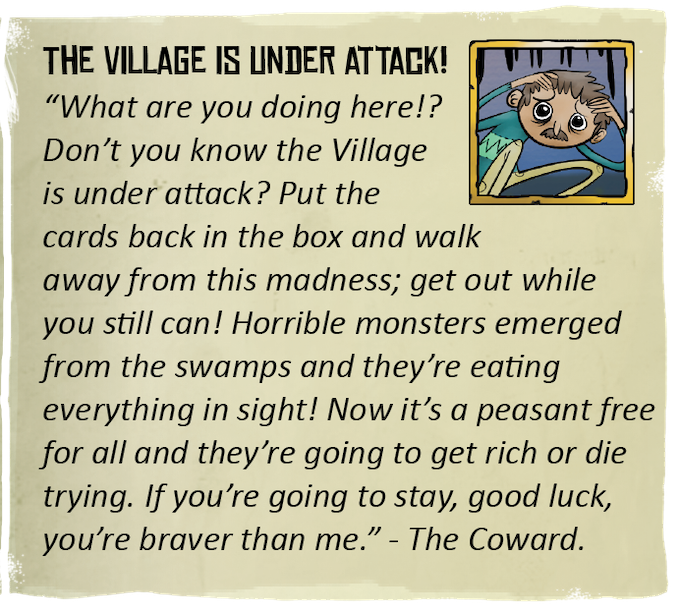 Every player controls a peasant with their own special ability that changes how they play the game. On your turn, you'll venture through the vast village by drawing from a deck of over 100 cards where you’ll find amazing items, empowering spells, and terrifying monsters! As you search for points you risk getting devoured by the deadly beasties, so tread carefully. However, death isn't the end. Continue beyond the grave to ruin your friends' chances of survival. End the game with the most victory points to win! 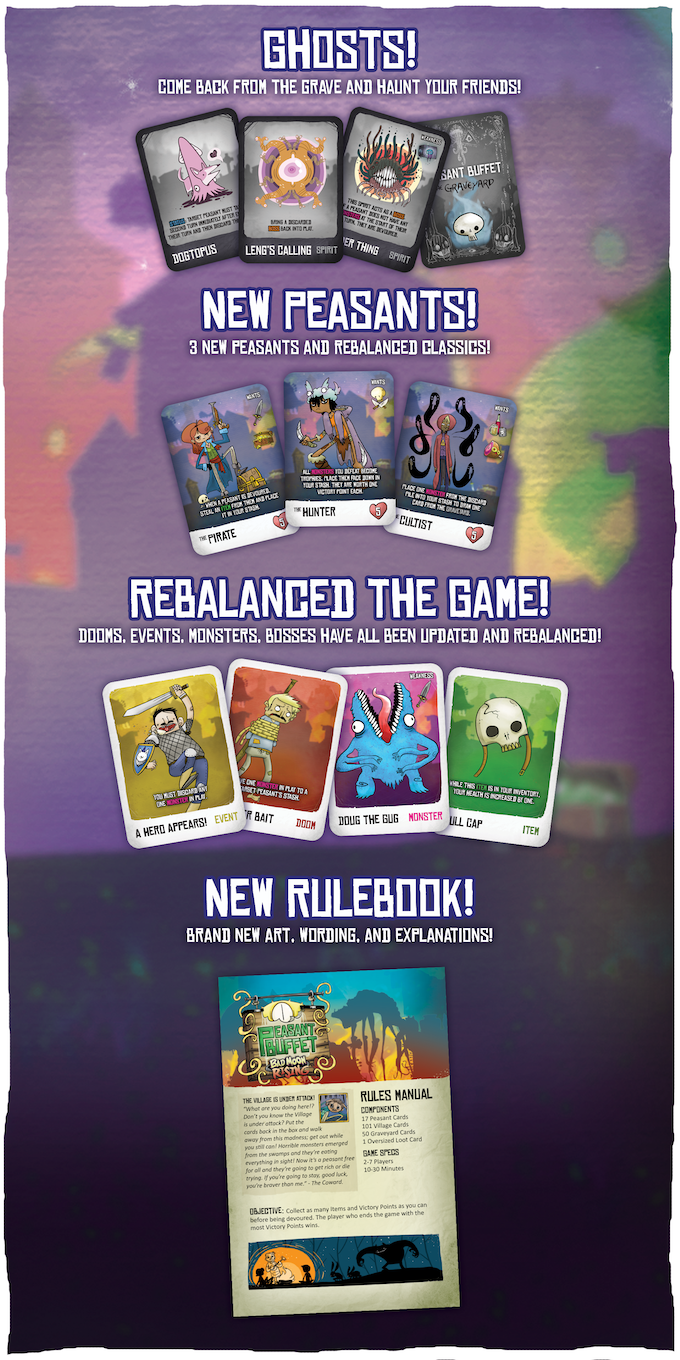 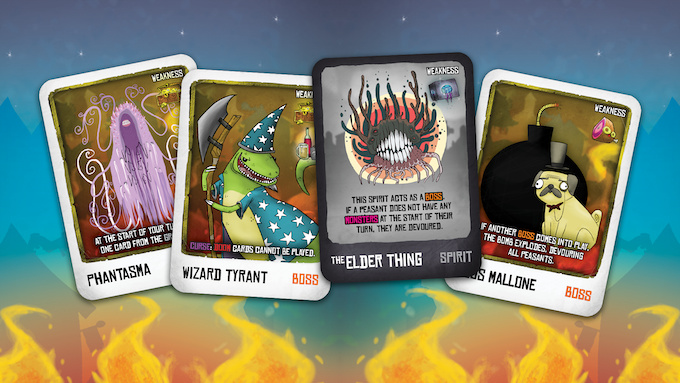