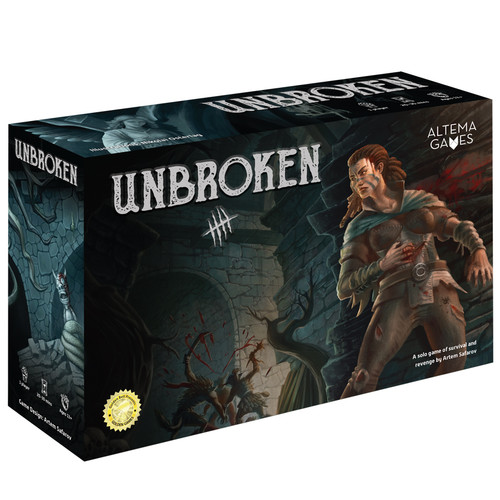 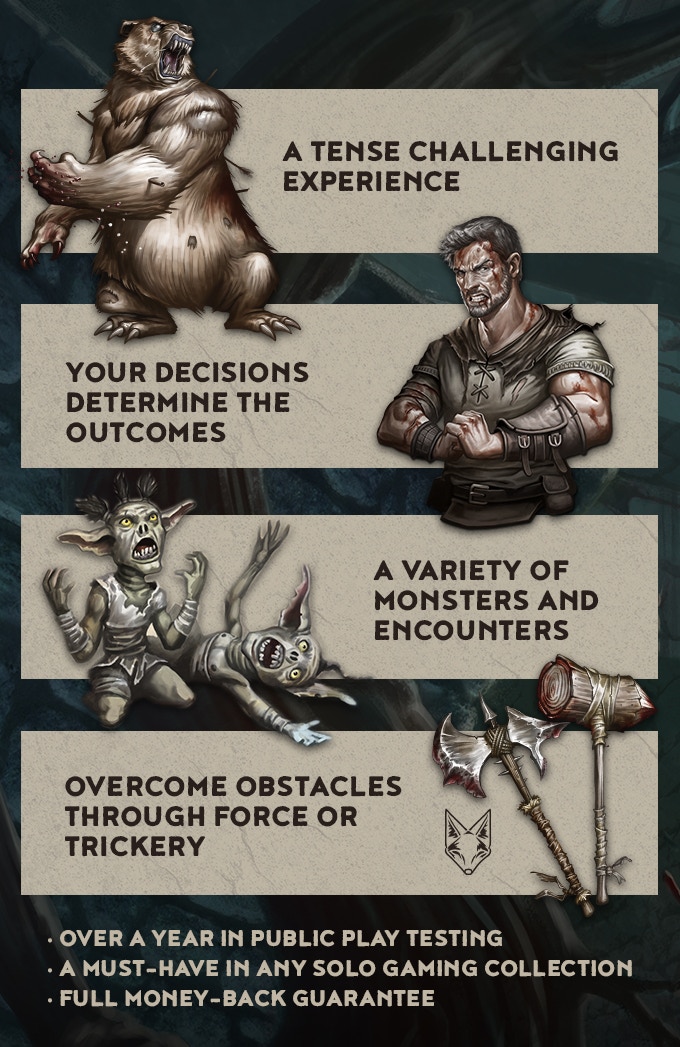 Hanging on by a thread. You snuck past a giant spider along the way but now want to arm yourself, hearing monsters ahead. You need some wood for a sturdy club.

You could gather your strength at a shrine or distract the feasting goblinoids to steal their food. No wood that you wanted, but you’ll use the shrine – hunger isn’t the biggest threat to your survival now.

Still a bit of time left - you push on, looking for another encounter.

Finally, some wood! You could fashion a weapon from these branches. But you are weak – gathering the wood, then crafting the club would tire you out. Instead you decide to rest up and to face the upcoming monster with your bare hands.

You are short on time – another encounter could yield resources, but if time gets to 0 the monster would ambush you. You decide not to risk it and face the monster. 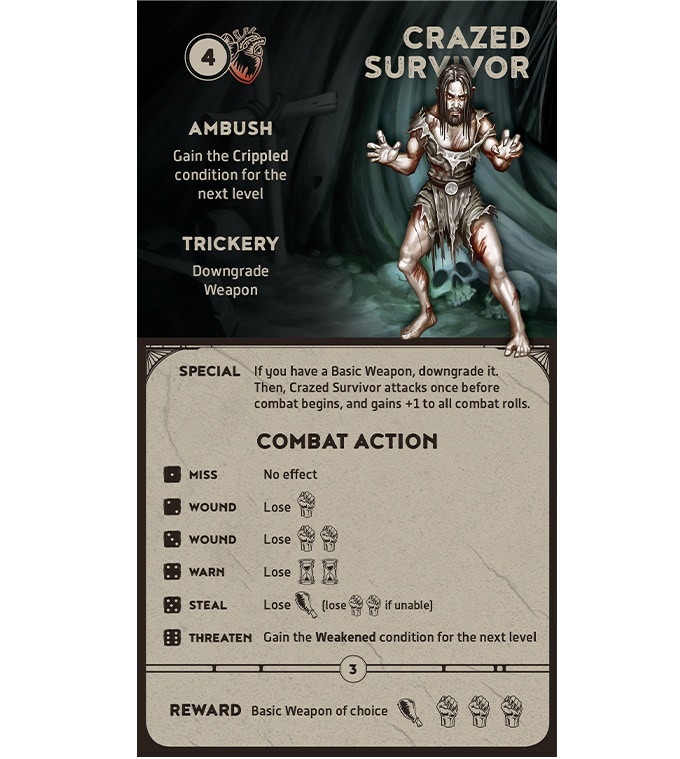 You face your foe. The unfortunate wretch trapped in these caverns has long gone mad with despair.

Your gamble not making a weapon paid off! The Survivor’s Special effect would disarm you, wasting all resources you would have spent on the weapon.

You didn’t have to go into the fight blindly – you could Scout the monster and knew what to expect. It would cost resources but would provide certainty. 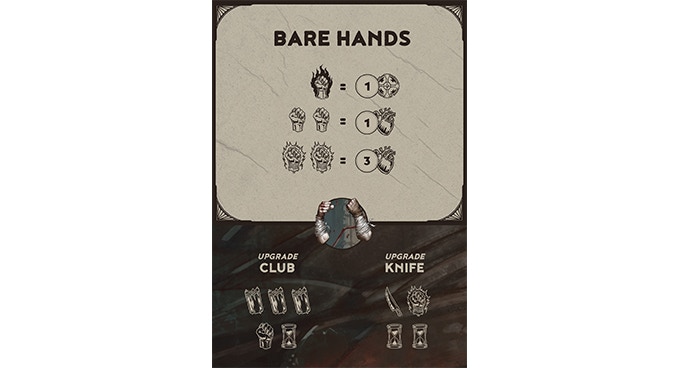 In Combat you will spend effort to wound your enemy. Good thing you feel strong after stopping at that shrine!

You would be in trouble encountering an armored monster - dealing with that using just your fists would lead to a quick defeat.

Your victory is rewarded! Which weapon upgrade tree will you choose? Which skills will aid your struggles? There are two more truly dangerous monsters to defeat before you are free of this accursed place!

Unbroken has been designed to be played regardless of how strapped for time or company you might be. All you need to get it to the table is a small space, 20-30 minutes of free time and just one player - YOU.

Some games have add-on solo modes. Some allow you to play versus a virtual opponent. Unbroken doesn’t settle for the fact that you’re playing solo - it celebrates it. The survival story you’re telling is that of individual triumph in the face of adversity, and it has been crafted to be enjoyed in exactly this way.

Unbroken is won by careful planning and calculated risk. There are several strategies you can go for including a focus on skills, trickery or different weapon upgrade trees. Your approach will determine your success much more than the limited luck element. Every game you will learn how to best prepare for the challenges of the dungeon. Every next game you will be a little better at surviving.

Do you spend your resources to find out more about the coming dangers or do you hedge your bets and go in blind? Do you risk looking for food to not starve even if you might be ambushed by a monster? There are many difficult decisions in Unbroken and these will keep you on the edge of your seat wondering if you made the right one.

Unbroken is built on a flexible system that is centered around a variety of characters to play and monsters to combat. We already have great designs in mind for expansions that we will start working on in full after the campaign. We can’t wait to have the community’s input on the new content!

With over 16,000 Backers and over $500,000 Raised, Unbroken will be coming to your gaming table at the same time as the other Kickstarter backers and you'll receive all the stretch goals!

ALL UNBROKENS THAT ARE PURCHASED FROM THIS LISTING WILL BE CONSIDERED A PRE-ORDER AND WILL BE DELIVERED RIGHT AFTER OUR KICKSTARTER ORDERS ARE FULFILLED.

Unbroken Expedited Shipping for All Territories

Unbroken Expedited Shipping for All Territories