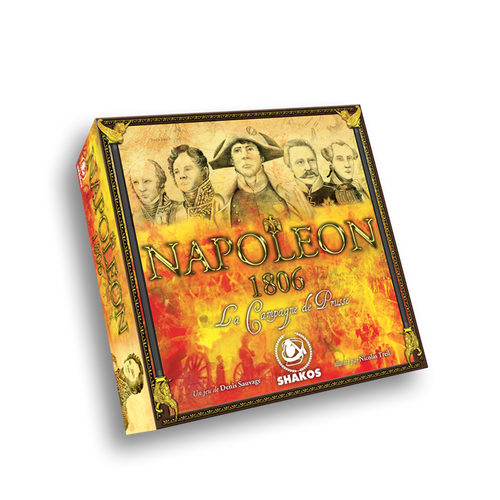 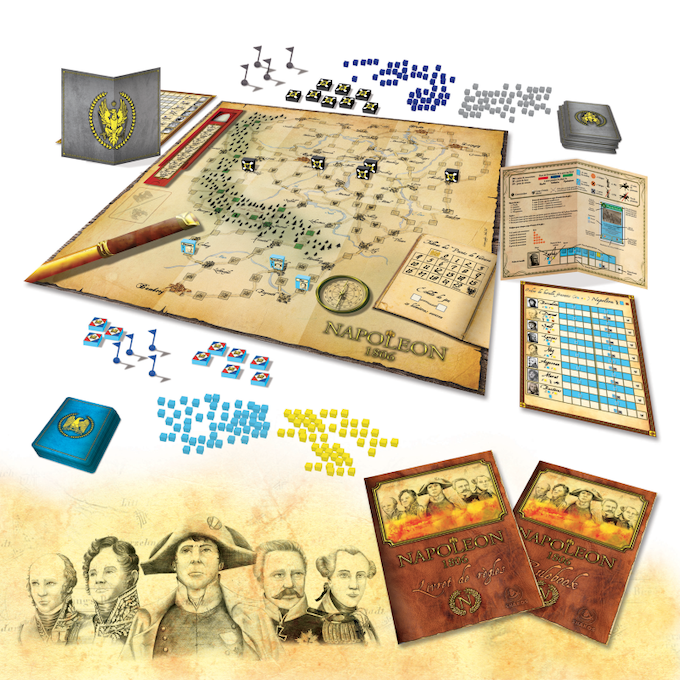 Game will be both in french and english, with two rulebooks (one in french, one in english), player aids and cards with both languages printed.

On August 9, 1806, Frederick William of Prussia, in reaction to the recent creation of the Confederation of the Rhine by Napoleon, decreed the order of mobilization. War becomes unavoidable.

The Prussian army concentrates on Erfürt without waiting for the troops of its Russian ally. Outrunning his opponents, Napoleon enters Saxony with the Grand Army on October 7, 1806 and heads for Berlin.

A week later the Prussians, defeated at Jena and Auerstaedt, retreat North. The pursuit led by the Murat cavalry can begin... 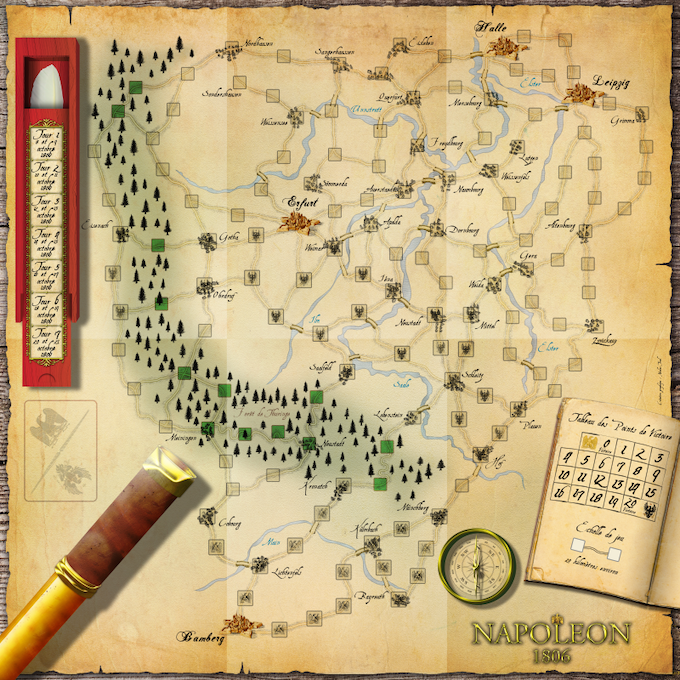 When the game meets history :

Napoleon 1806 is a game at the crossroads of history and simulation.

Napoleon 1806 is the culmination of two history and wargame enthusiasts, Denis Sauvage and Julien Busson, who wished to share this passion with you.

With Napoleon 1806, in 1 to 2 hours, two players will relive the clashes between Prussian and French at the heart of the imperial conquests of Napoleon the 1st, which culminated in the battles of Auerstaedt and Jena.

Napoleon 1806 is intended for wargaming seasoned grognards as well as for young conscripts who want to try a new playful sensation. Strategy, anticipation and decision are the engines of the Napoleon 1806 game system.

The rules of Napoleon 1806 are divided into three parts and can be learnt in fifteen minutes.

The first one, called "Rules of the Conscript", allows to acquire all the notions of the game easily.

The second, "Rules of the Grognard", brings more finesse including "fog of war".

The last, "Rules of the Marshal", allows to play Napoleon 1806 in competition.

Will you meet the challenge of doing as well as the Emperor Napoleon or will you succeed in thwarting his plans at the head of the Prussian forces?

A game of Napoleon 1806 is played in 7 turns, each representing two days of campaign. Players alternate operations with their army corps. Fatigue and losses accumulate until the breaking point of one of the two armies causing the defeat of a player.

The game is based on cards to perform moves and combats. Even if luck is present, strategy is key to victory. Moving your army corps on different approach paths to facilitate maneuvers, managing the fatigue of your men generated by marching and fighting, concentrating your forces in order to win the decisive battle; these are the challenges you will face.

The French troops are more numerous and more experienced than those of their opponent, but time is short before the arrival of the Russian reinforcements, and the Prussian army is not to be underestimated! The French player to win will have to master the art of attacking and speed of action. The Prussian player, although defensive, will have to seize the opportunities presented to him to counter-attack and surprise his opponent. As the game is fast, each player will have the opportunity to take charge of the fate of both armies in one evening.

Claire Lost Her Bear at The Worlds Fair (Book+Plush)